Invitation to The VOICE Conference: In Memory of Oury Jalloh – On Racism, Police Brutality and Discrimination in Germany

You are all cordially invited to the above named conference in Jena. Scheduled for discussion are:

The Racist Integrations Debates and the Hate Campaign against Refugees and Migrants in Germany.

Presentation of the position paper from the Wuppertal „KARAWANE“ with Dr. Araz Ardehali and Ralf Santa Lorenco from The Caravan for the rights of refugees and migrants in Germany – We are a nationwide network made up of refugees, migrants and antiracist groups

What we have learnt to do more is building the trust and confidence in our committments to networking for justice and political empowerment of all communities in the karawane groups from the campaign – Proposal for events on victims of police brutality will be presented for next years in each Caravan group in Germany.

„Despite, and perhaps because we do not expect any justice from the new trial in the Oury Jalloh murder, the trial must also be specially observed by an independent group of legal practitioners, human rights activists and affected persons. This Observation of the process is not to be understood as a legitimization of the cover-up done by the Court but as a delegation to document the trial and its results.

We will follow both cases very critically and are still demanding truth, justice and compensation for the family of Oury Jalloh and Laye Alama Condé.

The cases of Oury Jalloh and Laye Alama Condé are merely two cases that did not get justice in their judicial proceedings, but they are only a part of many cases of police brutality which ended with death; N’deye Mareame Sarr, Halim Dener, John Achidi, Zdravko Nikolov Dimitrov, Aamir Ageeb, Arumugasamy Subramaniam, Dominique Koumadio and many others are victims of the German police and its racist impunity. Majority of these other cases were not even brought to the Court.

Reports from the lagers and the refugee community initiatives in Germany

We shall be discussing in The Caravan network on the anti-lager campaigns and to evaluate the struggles of refugees against the discriminatory policies on migration control and the racist integrations debates. Further, we want to help strenghten the solidarity in remberance of our call to protest police brutality and repression, the role of the state institutional execution of violence against refugees and migrants that have resulted in deaths, suicides and the deportation mechanisms in Germany.

We are in solidarity to break the fear and the silence on the state exploitation of refugee, repression, racial profiling and discrimination.

Karawane Solidarity Initiative for struggles of refugees on hungerstrikes in Bayern.

Press Initiative in Refugee Heims:
Testimonies and visits of activists to the Heims in Thueringen – Racial Profiling and discrimination by the state officials of the refugee lagers and discussion with Dr Maqsud Agaev (Apolda) and Sallah Aldin (Zella Mehlis) from the Refugee community initiatives in Thueringen and Clemens Wigger, FS Uni Jena (The VOICE Network)

Delegates from other communities in Thüeringen, Berlin, Brandenburg, Sachsen-Anhalt, Baden Württemberg and NRW will participate in the conference

„Lets make the refugee lager to be HISTORY of the past in Germany“ The German Lager Mentality is an act of forceful execution of the violation of human dignity.

We demand for the abolition of lagers, we demand deportation stop.
Abolish the apartheid Residenzpflicht in Germany.

Presentation of The Conference by Osaren Igbinoba

Make Donation to support the Refugee Community in the lagers/camps in Germany! – Break the Isolation! Close all lagers! 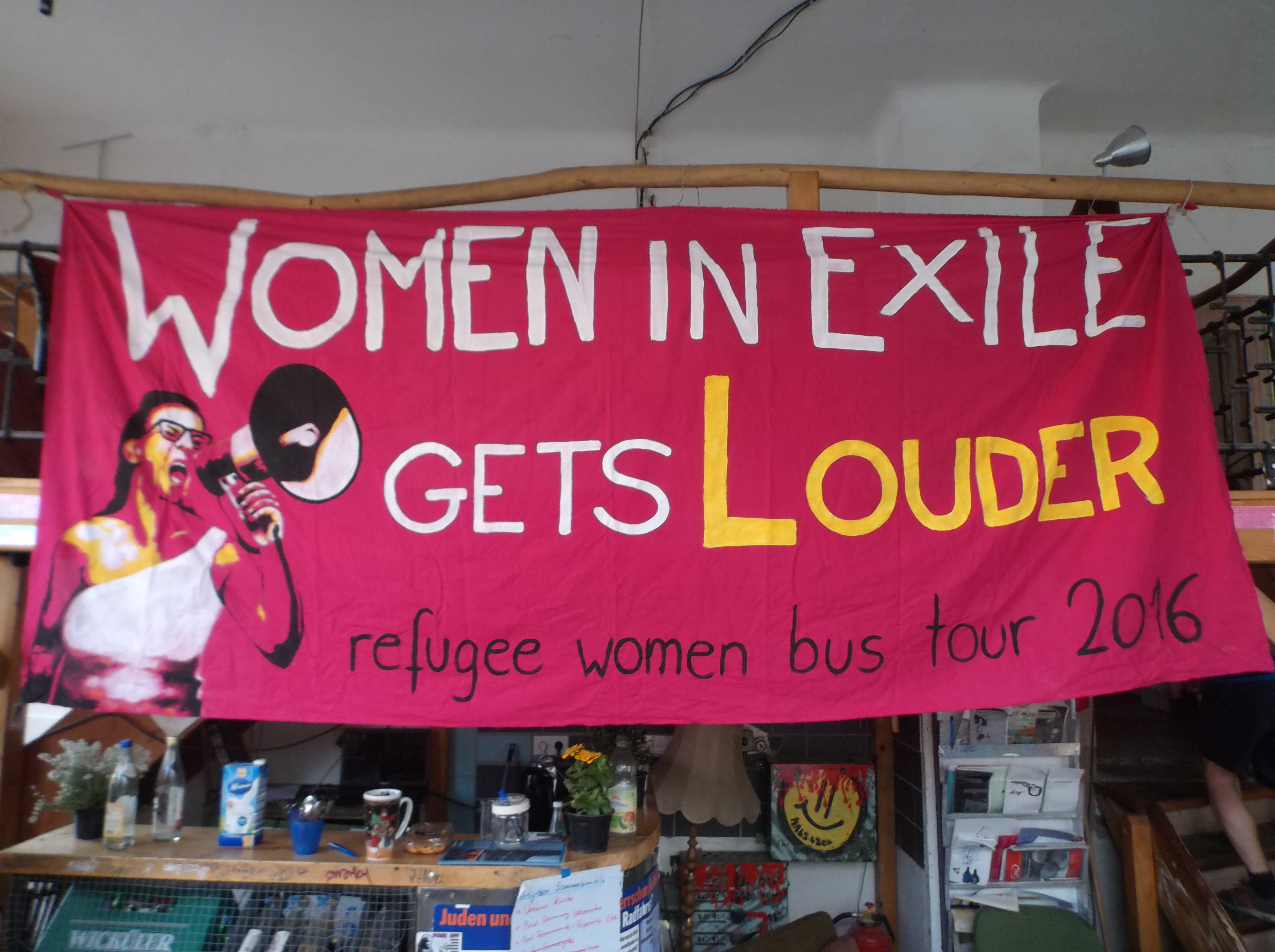